Who remembers angry voices, the stampede of boots and momentary chaos & bewilderment in Belfast city centre on Saturday afternoons in the 1980s? Except this time it thankfully wasn’t shoppers hastily evacuating shops and streets as bomb warnings were received. – It was the healthy and natural ‘rites of passage’ conflict between gangs of youths in studded leather jackets, Crombies, parkas and Harringtons battling it out from the city hall through Castle Lane and into Arthur Square, Ann Street and the Cornmarket.

Beneath and behind the macro structure of security gates, military patrols and bomb scares many of us were trying to lead normal lives fighting over The Exploited versus The Jam and stay-pressed trousers against bleached jeans and ox-blood DM boots.

Much has been written and recorded about the Punk scene of The Harp Bar, and rightly so, but there were other youth groups and they vied for our loyalty and attention.

In the late seventies the UK and Ireland underwent the great  ‘Mod Revival’ and so bands such as Secret Affair, The Lambrettas and The Purple Hearts started appearing regularly on Top Of The Pops. Emboldened by The Jam of the new wave scene with their distinctive 60’s retro-ism, soon ma’s and da’s were getting stung for expensive Fred Perry polo shirts, mohair suits with a two-tone sheen and bowling shoes – it must have been economically preferable to have a kid who was a skinhead.

The Mods, despite the expense, soon became the biggest group with hundreds congregating at the city hall on Saturdays. Who remembers the Mod all-dayers in the old Grosvenor Hall where at least half a dozen eejits would hurl themselves off the balcony a la Jimmy going over the Dover cliffs in Quadrophenia?

Yet the integrity of our ancient quarrel could not always be diminished and soon The Picture Gallery in Queen Street were selling red, white and blue Mod roundel patches alongside  green, white and orange/gold equivalents and tricolour patches with “Quadro-fenian” emblazoned on them.

Skinheads had re-emerged too. It was a pretty simple wardrobe. Shaved heads, green bomber jackets (some mods wore these too 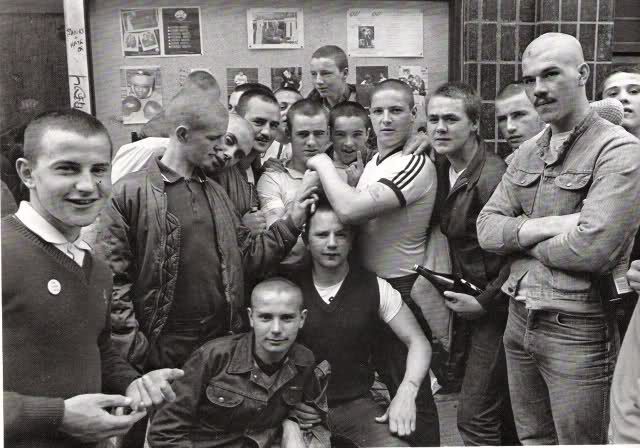 particularly for scooter runs on farty Vespas) skin-tight jeans, partially and randomly bleached and rolled up to sit above your DM boots. DM boots were traditionally black or ox-blood and the more holes or eyelets the better for menace. If you were lucky you could tea-leaf an old woollen Crombie three quarter length coat that had been your dead uncles’.

Yet like the Mods the Skinheads displayed sectarian divisions too. The rise of the fascist National Front and their opponents in the Anti-Nazi League in England migrated to here too. Johnny Adair, later of the UFF’s ‘C’ Company was in a neo-nazi skinhead rock band and was famously photographed sniffing glue on a National Front march in Belfast in the 1980s. The factions were virtually indistinguishable, except that the ANL (mostly Catholic Skins) wore red laces in their boots and the NF (mostly Prod Skins) wore white laces. As time went on ‘Skinz’ becoming the moniker in Catholic areas such as Turf Lodge and Unity Flats.

And there were others of course. The Rude Boys arising from the new Ska music scene of The Specials, the Beat, The Selecter and Madness seemed to combine Mod and Skin clothing with an overt anti-racist message. Yet when some of the above bands played in Belfast sectarian confrontation was pretty evident to say the least.

Lets not forget the rockers, followers of heavy metal and also pretty numerous but who didn’t seem to coalesce as coherently as some of the others. Arguably they had more access to our limited supplies of hash at the time and were more likely to be too stoned to riot or didn’t want to jeopardise getting busted for fighting with Mods outside The Abercorn.

The Belfast Telegraph became quite apocalyptic about the Saturday afternoon violence in the city centre when it really did become significant for at least a year. A special feature asked why would our young people seek out more violence and division when we had more than enough already? It nearly reeked of ‘Disgusted, Tunbrige Wells’ but in this case ‘Upper Malone BT9’.

Yet here’s the thing, I remember it as being exciting and enjoyable.

As a young punk I was among the regular ensemble of punks, some rockers, skins and even ‘Rockabillies’ (grandkids of the Teddy Boys) 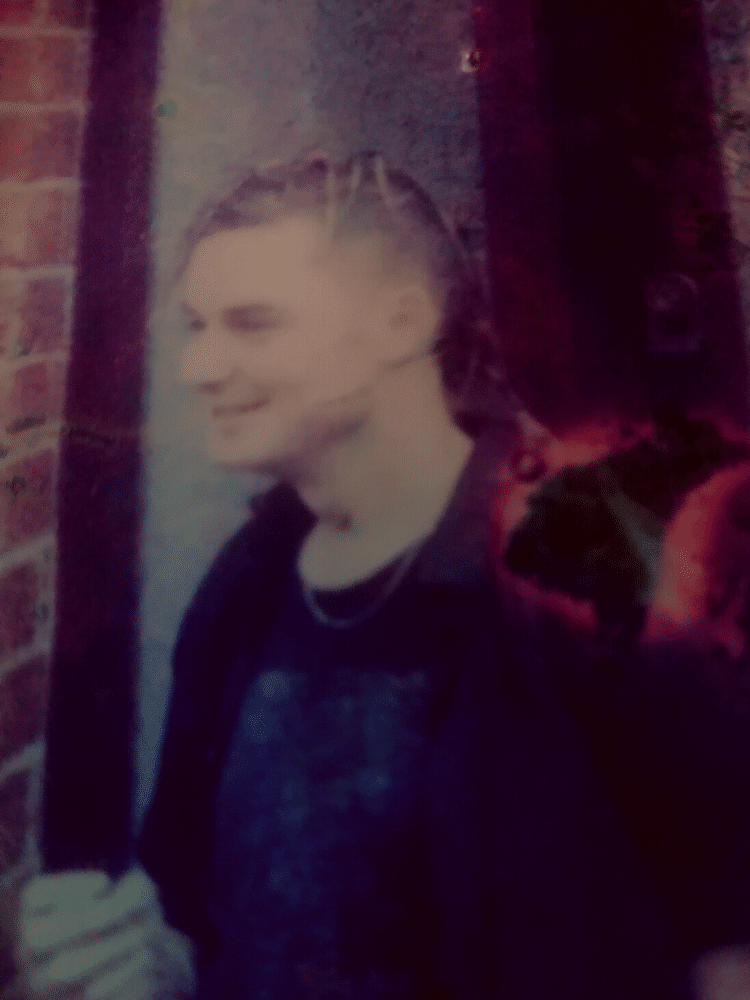 who hung about the old fountain in Arthur Square (today it is the site of the Spirit of Belfast, perhaps better known as the ‘Onion Rings’). Each Saturday at 3pm the legions of Mods would march on mass from the city hall, eventually breaking into a stampede in Castle Lane like sartorially suave orcs. We ran like f**k.

Maybe I was lucky, but I never got hurt and I don’t remember anyone really getting hurt.

On one occasion I simply ran into the nearby John Frazers’ and hid behind a clothes rail. Within a couple of minutes, I became aware of laughter and a hand hoisted me up. A group of Mods having quickly vanquished us had dandered into Frazers to look at their beloved Parka coats on display. I had hidden behind the very rail they hung on.

I’m not trying to be starry-eyed and romantic, but I suspect much of it, for many of us, was about trying to be normal kids in an abnormal city.