In 1939 Belfast was a depressed and fractured city. A third of the population lived in absolute poverty, the conditions of the rapidly constructed Victorian housing were horrendous and the social and emotional wounds of periodic sectarian violence such as the 1935 riots were raw. The rise of Nazism in Europe was watched by many with curious detachment such were the immediate problems of everyday life. Yet by 1941 Belfast had suffered horrendously as the Nazi Luftwaffe visited our skies four times over four weeks.

The city was significant to the military campaign against Hitler’s forces. Harland and Wolff were producing aircraft carriers and cruisers such as HMS Belfast whilst Short and Harland produced over a thousand Stirling bombers and 125 Sunderland flying boats (both commemorated in street names in east Belfast today) and yet incredibly the city was massively under-prepared and protected.

Lord Craigavon’s Stormont government initially felt that strategically the Luftwaffe could not reach the city, an assessment rendered moot as the Nazis had successfully invaded Northern France by May 1940 placing us well within their range and on their radar. The 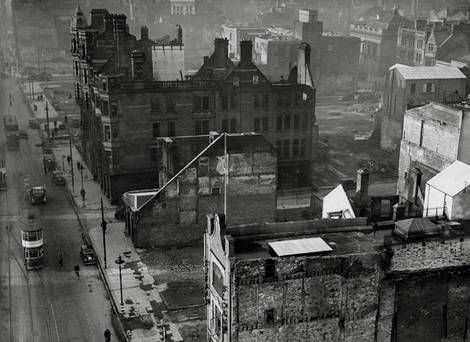 governments most infamous preparation was the ‘blacking’ out of the Parliament building with a mixture of dark pitch and manure to protect their citadel. Locals noted the smell of the exterior now matched that of the interior. Doreen Bates, an English tax inspector based in Sydenham recorded the area around the shipyard had plenty of surface shelters and a few barrage balloons whilst the bulk of civilian areas were inadequately covered. She incidentally described Belfast as “a hideous place” in her personal diaries.

Having blitzed London, the Nazis then focused their attacks on other cities such as Coventry and Glasgow with Belfast to quickly follow. The first foray into our air space was on April 7/8th 1941 when possibly six bombers diverted from an attack on Clydeside to hit the shipyard and a timber yard on Duncrue Street on the northern lough shore. Bombs not finding their target hit the Newington area of north Belfast. Interestingly The Holy Parish Chronicle in the area noted “a few houses were wrecked but no Catholic houses suffered.” As stated above people were still raw after 1935.

April 15/16th and May 4/5th saw the real horror visit the city. April’s second attack saw 900 left dead and the May attack another 150 including 14 Polish airmen in Ravenscroft Avenue. The Oval football stadium in east Belfast was destroyed and Glentoran F.C. played most of their home games at Distillery on the Grosvenor Road in west Belfast whilst the Oval was rebuilt. In total half the city’s housing 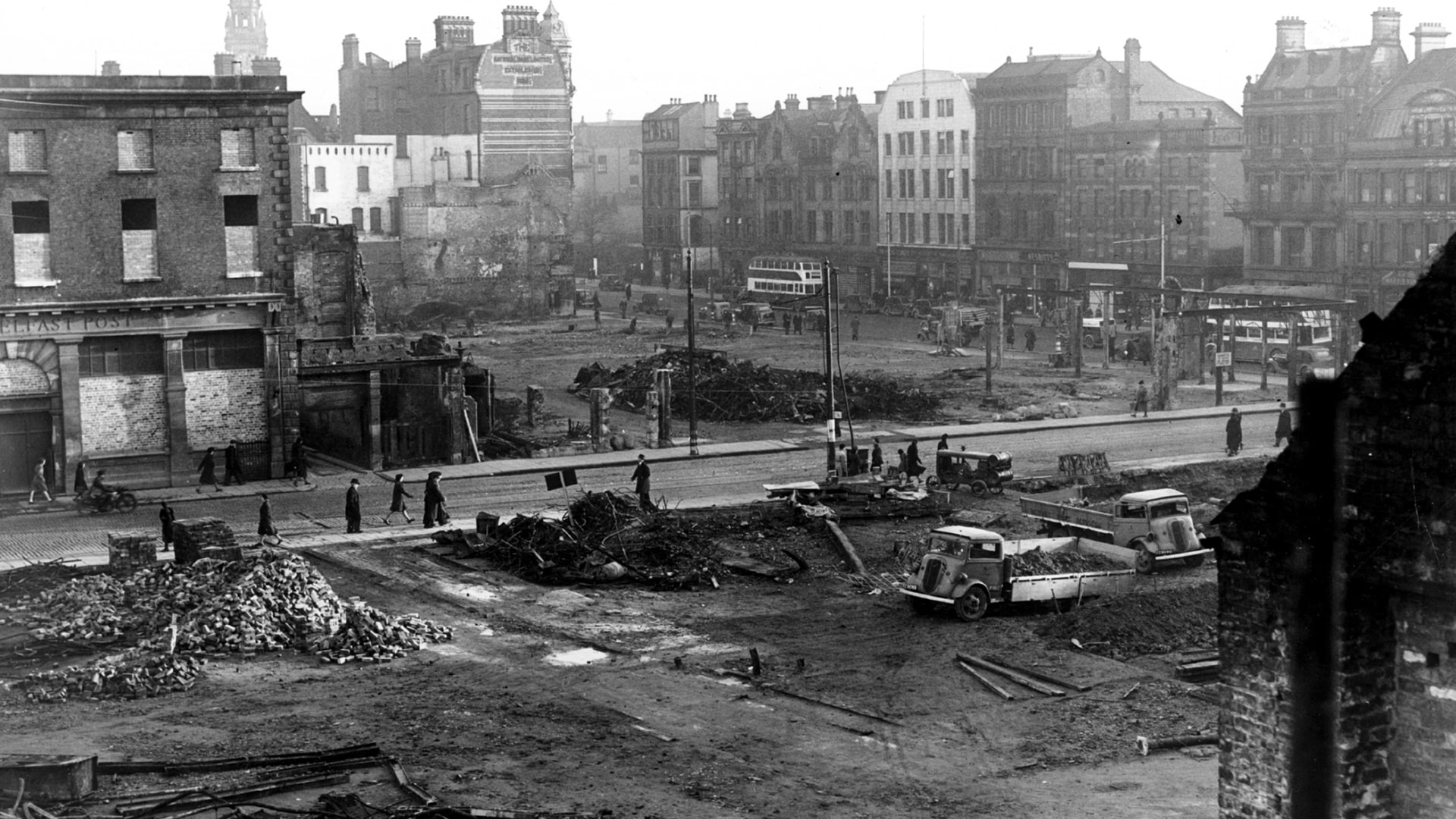 stock was destroyed or damaged, around 50,000 homes. Animals including an elephant were evacuated from Bellevue Zoo under Napoleons Nose and the Cave Hill. – The elephant tale is subtly referenced in DC Tours ‘Belfast Romances’ wall mural in the city centre.

Tales of horror were legion. 25 people were killed by a collapsing mill wall in the New Lodge area and in Vere and Sussex Streets entire families remaining in their homes were killed. Bombs visited Ballymacarrett in east Belfast not discriminating between the nationalist and unionist ends of streets in one of Belfast’s oldest interface communities. Similarly, civilians died in the Shankill and Carrick Hill areas. In Clonard monastery 300 sought refuge in the crypt including Protestants from the neighbouring streets of the Shankill. There was no monopoly of grief and terror. In May 220,000 were evacuated from the city.

In total the attacks saw 380 Nazi bombers drop 440 tons of high explosives along with 130,000 incendiaries on a small densely packed city. A morgue capacity of 200 across the city hospitals meant 255 corpses would lie in St. Georges Market and 150 in the Falls Road municipal baths for three days. Hundreds of unidentifiable and unclaimed bodies were buried in mass graves at Milltown and Belfast city cemeteries.

Quite simply the Belfast Blitz was the greatest horror Belfast ever experienced in such sharp condensed bouts. 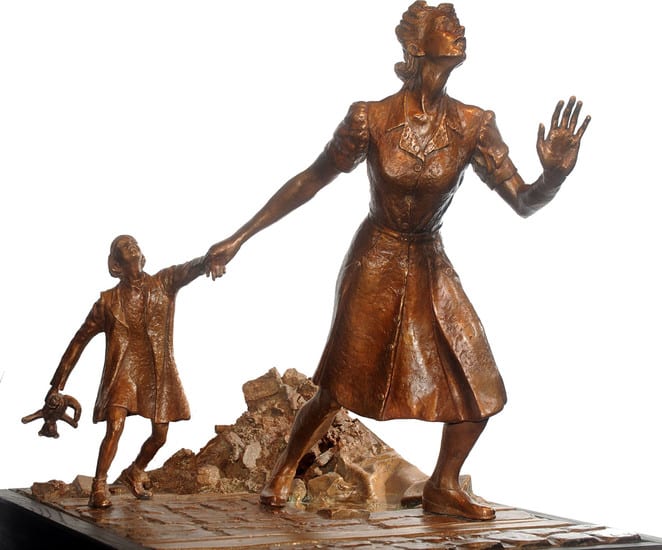 Interestingly DC Tours were asked to deliver a bespoke tour focusing on the city centre Blitz sites a couple of years ago for 70 students from Dublin and it features in our new Best of Belfast tour, but it feels like a forgotten part of our history.

Today there are several small plaques in areas such as Percy Street and Peters/Carrick Hill, an exhibition dedicated to the Blitz in the NI War Memorial Museum in Talbot Street featuring a bronze sculpture depicting a mother guiding her child through the ruins of Belfast, and acknowledgments such as the lighting up of Belfast city hall and wreath laying on anniversaries, but it has often struck me that the scale and suffering of the events has never been truly recorded in the way other events such as the sinking of the Titanic have been and why is this….?