People have often said to me “James, you don’t half talk some shite!” I’m an easy-going type of guy and generally don’t take offence at this slur, because let’s face it, quite often they’re right.

Anyway, despite my occasional propensity to spout the brown stuff, this time I’m doing it officially as part of my role as guide for D.C. Tours and educator of the good people of the Interweb.

Recently I took a private tour round Belfast City Centre for a number of senior UK managers of Veolia, the international service and utility company. Part of their wide remit is water and waste management in Belfast and I wanted to personalise the tour just for them, which necessitated researching this area so that I could impress them with my vast knowledge on the (faecal) matter.

Whilst I’ve an interest in the rivers of Belfast and my Dad was a member of the “Bulkies”, in other words a Harbour Policeman, my knowledge of Belfast’s sludge boats and their role in human waste disposal was limited to say the least. OK, I’ve always known that if you take a pee or a poo it gets flushed into a sewer which eventually makes its way out to sea, but I assumed it was magic elves or someone similar who ensured we didn’t drown in our own effluent.

I found it to be a rather fascinating topic. There is so much that goes on under our noses (and bottoms) on a daily basis that we take for granted and it’s the unsung heroes of Northern Ireland Water and companies like Veolia that make it all work.

Whilst much of Belfast’s antiquated sewer system harks back to the Victorian era and is no longer able to take the strain of the denizens of the city taking the strain, some of it is bang up to date. So modern and huge are the updated sewers, that shouty petrolhead Jeremy Clarkson saw fit to drive a Renault Twingo Sport through them a few years ago. Reminded me of the scenes from the Italian Job, but with a hint of Belfast jobby.

Things are all done fairly efficiently, effectively and cleanly in the 21st century. After processing at the various wastewater facilities, the upper 25% layer of sewage known by the delightful term “sludge cake” is incinerated at a state of the art facility at Duncrue Street in 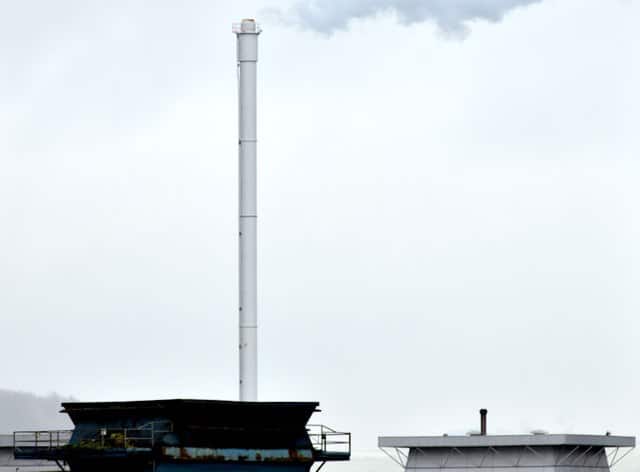 the harbour estate. Any “malodorous air” (official term) or reek (unofficial term) is vented through a 70 metre high chimney….see if you can spot it, or smell it, the next time you drive past.

However right up until the end of the last millennium, it was all a tad more basic to say the least. The sludge cake was either sprayed over agricultural land or evacuated into the sea. In order to dump the dumpage, two sludge boats operated from Belfast Harbour; the St. Stephen and the Divis (later replaced by the imaginatively named Divis 2).

These boats travelled a sufficient distance from Belfast’s shores, traversing a large circular route whilst depositing the waste far enough away so it wouldn’t itself become a hazard to shipping. It also ensured the poop wouldn’t be washed up onto the shores of Holywood and Bangor, effectively turning the Goldcoast into the brown coast.

Working on the sludge boats was a highly paid but disgusting job as you might imagine. One worker famously commented “Open the tank hatch and stand well back…..ahhh the aroma of old Belfast; decomposing Ulster fries, Guinness and Champ….a million flies can’t 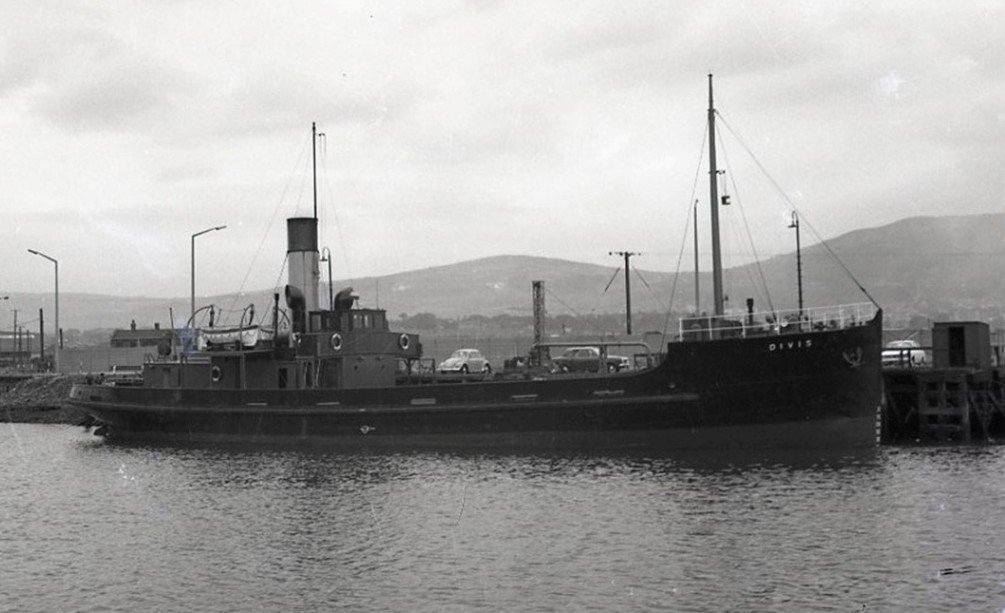 These boats had some colourful nicknames; ‘Bovril Boats’, ‘Banana Tankers’, ‘Cacky Liners’ or my favourite, the rather quaint and direct ‘the Shitters’.

The River Thames and Manchester Ship Canal had similar boats, as had much of the rest of the UK. The “Shieldhall” sludge boat has even became a tourist attraction anchored at Southampton. Originally based in Glasgow, it is a classic steamer, one of the last in the world in fact and it’s ironic that back in the day it was responsible for disposing of other types of steamer.

Bizarrely, even when it was operating on the Clyde it doubled as a tourist ship, taking pensioners and convalescing soldiers on free tours while it emptied its load in the bay.

(I’d just like to reassure the reader that despite my newfound interest in the subject, this attraction is not on my bucket list.)

Another sludge boat was named the Gardyloo after the French phrase “Garde a l’eau”. This was the phrase used in France in days of yore prior to the installation of inside water closets. When a chamber pot was emptied into the street from the windows above, “watch out for the water!” was shouted…in a half-hearted effort not to hit innocent passers-by. (Many believe it’s ultimately where the word ‘loo’ comes from.)

By the year 2000 the International Convention for the Prevention of Pollution from Ships (MARPOL) had outlawed the practice of using sludge boats. By 2007 the Sludge Disposal Service had been formed and a PPP opportunity was identified.

Sadly this doesn’t stand for ‘Pee, Poo and Paper’, rather a ‘Public Private Partnership’ whereby the mucky business became monetised. Bearing in mind that by 2010 yearly sludge production was estimated to be 52,000 tonnes dry solids (tds)*, you can see how people’s 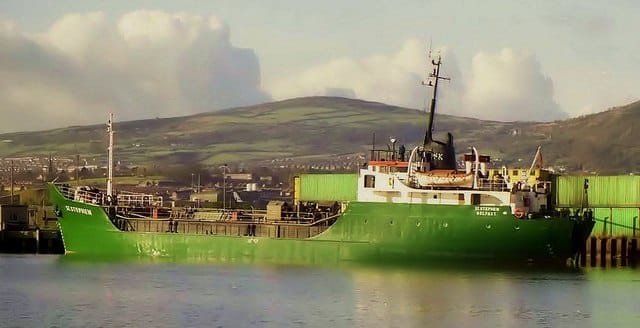 business continues to be big business.

*the fact that this official measure of human waste is an abridged form of “turds” made me chuckle far more than I should have when I first read it. (I am 54.)

Sludge boats first appeared in Britain and Ireland in the late 1800’s as people complained about effluent being dumped directly into the rivers and estuaries. Given we have exited the EU and such pesky European health and safety laws are now being discarded by the UK Government, will Boris consider bringing back the sludge boats, (considering a number of water companies in Britain have already returned to just pumping their effluent directly into the rivers again)?

If so, surely this has to be called Brexshit?