In the 1960’s a new phrase entered into the language of cockney rhyming slang when ‘Ruby Murray’ was adopted as the alternative for curry, and ‘going for a ruby’ became such a common expression that many Indian restaurants even took the name ‘The Ruby’.

Ruby Murray born in Moltke Street, on the Donegall Road in Belfast in March 1935, or in the words of her first husband Bernie Burgess “a beautiful Irish Colleen…born…in a lowly area of Belfast.”

A revered singer and performer, she led an extraordinary and complex life dominating the UK top twenty charts in the 1950s, setting the bar for Madonna and considerably more optimistic than Adele.

Her unique and husky voice was said to be the result of glandular surgery when she was just six weeks old, aged twelve she made her first 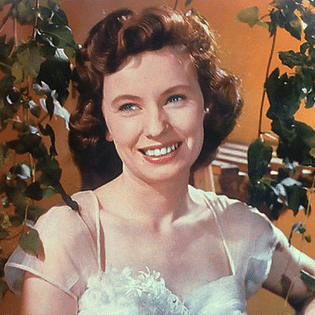 television performance. Legal constraints on child performers saw her continue her education but she remained an active artist on various entertainment circuits. Major success beckoned at the age of 19 in 1954 when she was talent-spotted while singing in London and invited to perform on the BBC show ‘Quite Contrary’.

Ray Martin was the show’s musical director and a talent scout for the massive Columbia Records and he offered Ruby a record deal.  Frank Sinatra, who could turn a tune himself, said at the time “you’re a hell of a singer and I’m your biggest fan.”

In December 1954 her first single ‘Heartbeat’ reached number three in the UK Top Twenty and was quickly followed in 1955 when ‘Softly Softly’ became number one in the same charts.

Even to this jaundiced and battle-weary old Punk Rocker there’s something naively captivating in the lyrics and in Ruby’s voice. Go on, listen to it! You’ll thank me. Possibly.

Context is hugely important. Murray was contending with artists such as Bill Haley and his Comets who also topped the charts with “Rock around the Clock” in 1955, whilst a young Elvis Presley was soon to emerge, swivelling his hips and gyrating his pelvis in an unseemly manner. The emergence of television in our homes was a natural vehicle for these flamboyant show men from the United States of America. In contrast Ruby was a shy girl from working class Belfast with its conservatism and self effacement.

In 1955 Murray becomes an icon and global record setter. In March 1955 she had five singles simultaneously in the UK top twenty. This 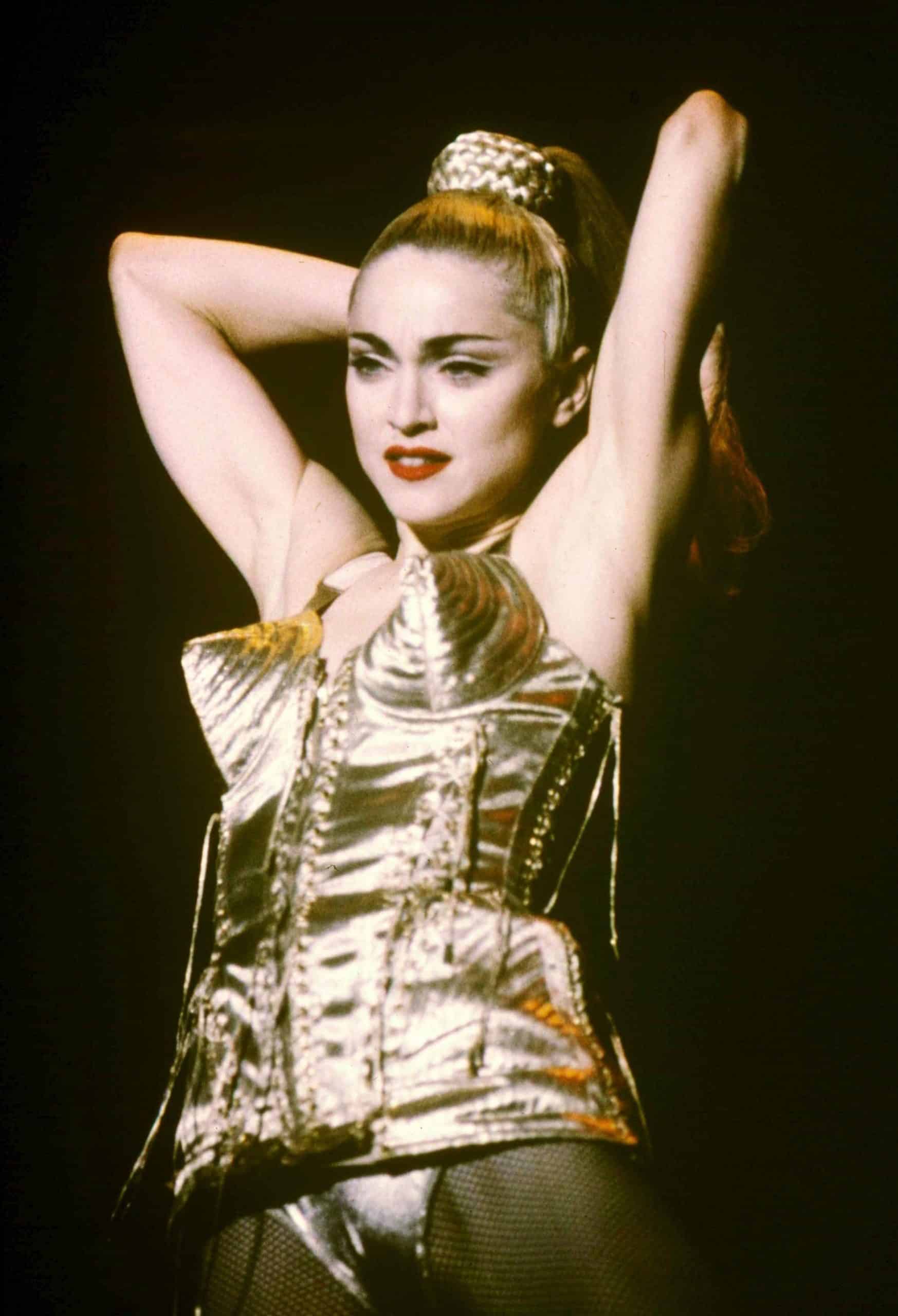 amazing achievement waited four decades to be equalled, not surpassed, by Madonna. Think about that, Madonna with her powerful PR machine, the film industry and a world of incredibly different sexual mores could only equal Ruby Murray.

In a period of fifty two weeks from December 1954 to November 1955 Ruby Murray had at least one single in the top twenty. You could hardly go an hour without hearing her on the wireless. After much contest and debate, the Guinness Book of World Records in 2014 confirmed that while three artists including Madonna had equalled her record, none had surpassed it half a century later.

Her career now diversified whilst she continued recording.  She starred in ‘Painting the Town Red’ at the London Palladium with Norman Wisdom. Remember him? He was class and bizarrely huge in Communist Albania.  She toured in the USA emphasizing a folksy Irishness that perhaps wasn’t inherent in her Moltke Street origins. Indeed in 1962 she recorded “Irish and Proud of it” which probably wasn’t on the duke box in some Donegall Road clubs.

She also had success in Malta and north Africa. She performed in front of a young Queen Elizabeth at a Royal Variety show and appeared with Frankie Howerd in a 1956 film farce comedy ‘A Touch of the Sun.’

However, her life was not easy. Despite performing since childhood, she never overcame her natural shyness and anxiety. As success grew 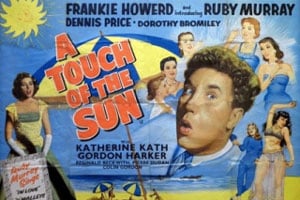 so did a reliance on alcohol and valium. In 1957 she had married Bernie Burgess with the marriage surviving many crises until 1974. Her abuse of alcohol and its abuse of her led to periods of hospitalisation and psychiatric treatment. She entered Alcoholics Anonymous and enjoyed periods of sobriety but sadly they didn’t last.

In its obituary to her in 1996 The Independent said she had fallen in love in 1962 with Belfast comedian Frank Carson who was both married and a Catholic. Awareness of her feelings for Carson placed her marriage under considerable strain. Eventually Burgess divorced her by 1974. He alleged there was violence in the marriage and was awarded custody of their son and daughter. Despite this they maintained a friendship.

Although she continued to perform live in later years, her physical condition visibly deteriorated. She married an old friend from the show business world, Ray Lamar, in 1991.

By 1994 she was living in a nursing home in Torquay on the southern English coast. Despite two years of sobriety, she died of liver cancer in 1996, aged 61. Ironically Alex Higgins the world snooker champion from the Sandy Row district of the Donegall Road would also die a decade and a half later of alcohol related cancer at the aged 61. Comparisons are also made with the life and death of East Belfast’s George Best. 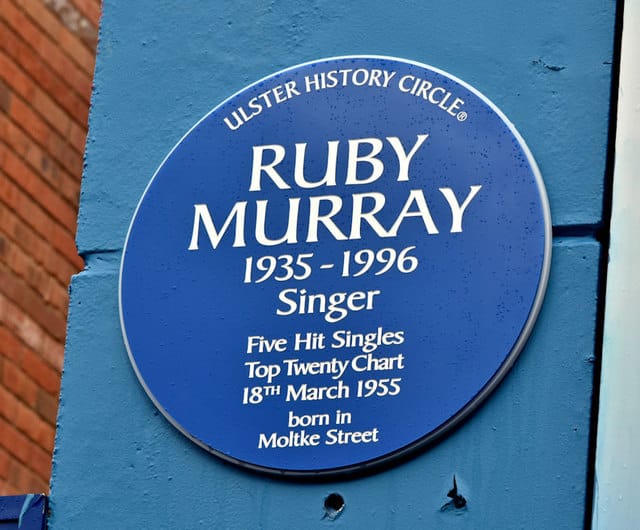 In February 2019 an Ulster History Circle blue plaque in memory of Ruby was erected on the front of the Donegall Road between the entrance path to the Empire Social Club and the Greater Village Regeneration Trust office. The Belfast Telegraph covered the event with an article headlined “Ruby Murray, the Belfast singer who even Madonna couldn’t top in the music charts”, not exactly a catchy lyric or piece of prose but an acknowledgement of Ruby’s incredible success and achievement.

A legacy far more impressive than the immortality of the rhyming slang if you ask me, although even Ruby herself said the curry connection made her laugh.