The sprouts have wreaked (reeked?) their havoc, the remaining turkey has been curried and the tree shoved back up its hole, it is time to reflect on the Christmases past. Every year should be a learning year and whilst it has been an ‘annus horriblis’ to borrow a phrase, this year I have learned several things; A heart attack with ensuing stents is a piece of cake compared to Covid pneumonia, and a blog post about political assassination attempts is probably best left to the new year. Onwards to 2022.

On Boxing Day my 15-year-old son headed straight into Belfast city centre with mates to spend their Christmas money. A city centre with no check points or ring of steel, no electronic scanning wands in security guards’ hands at shop doorways and rarely with army helicopters hovering over the streets. OK, you need a phone app to enter bars where you sit at a table awaiting service and you won’t be dancing to Slade near closing time, but he’s too young for pubs just as I was 40 years ago.

Like Scrooge I went on a journey in my mind’s eye. Fleeting images, longer detailed memories and sometimes a sense of how normal the abnormal became. Through the seventies and up to the late eighties our Christmas Day routine was a little piece of a microcosm of a society and place estranged from the norm.

Late Christmas morning my Da would drive from the eastern side of town across to the Royal Victoria Hospital on the Falls Road to collect my aunt from her shift as a cleaner. He then drove her home to Artillery House, a high rise block in North Queen Street in the Republican New Lodge area. Raised a Protestant on the Shankill Road, she had married Catholic Johnny from the old Sailortown district by the Docks. They settled in the New Lodge.

Good deed done, we were then collected by my Da, who then drove back across town to the lower Shankill estate to my granny’s house for Christmas dinner, later to be joined by the catholic wing of the family who walked from New Lodge to the Shankill estate, a short journey physically but one that very few people would dare make in either direction throughout the vast majority of days of the year in the mid-seventies. My Da would occasionally mention how many police and army checkpoints he encountered as he traversed the city between the differing areas, the occasional raised eyebrow from a police officer as he outlined his journey. 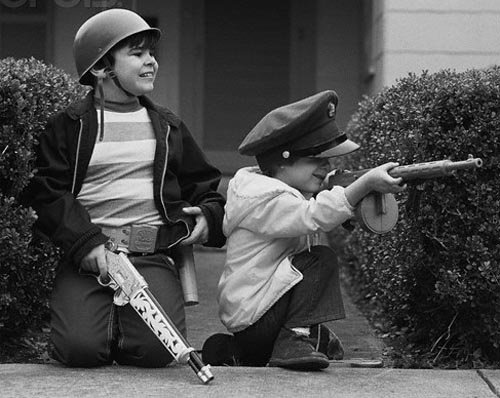 Christmas is family time of course and both my older cousins and I got on relatively well. There were natural family spats. One year, despite a government advertising campaign urging people not to give kids toy guns as presents, my granny bought three for us. By the days end one had been lost. A wrestling match between Jim and I ensued. I emerged victorious by cracking him over the head with the contested piece. It could have been a metaphor, but it was just two wee lads fighting over a toy.

By the 1980s we were older and more aware. Whilst civility was the norm along with a bit of banter about Irish league football, we supported the Glens, they supported Cliftonville and this was bizarrely in Linfield territory…my elder cousin Jim and I both supported Man United and that was our ‘no man’s land’ between the trenches.

Then three o’clock chimed and a spectre visited. My granny was Protestant and Loyal down to her furry zipped up granny boots. She was also hard of hearing. The T.V. volume was cranked up for the Queens Speech. The sofa which we had all been crammed onto was now 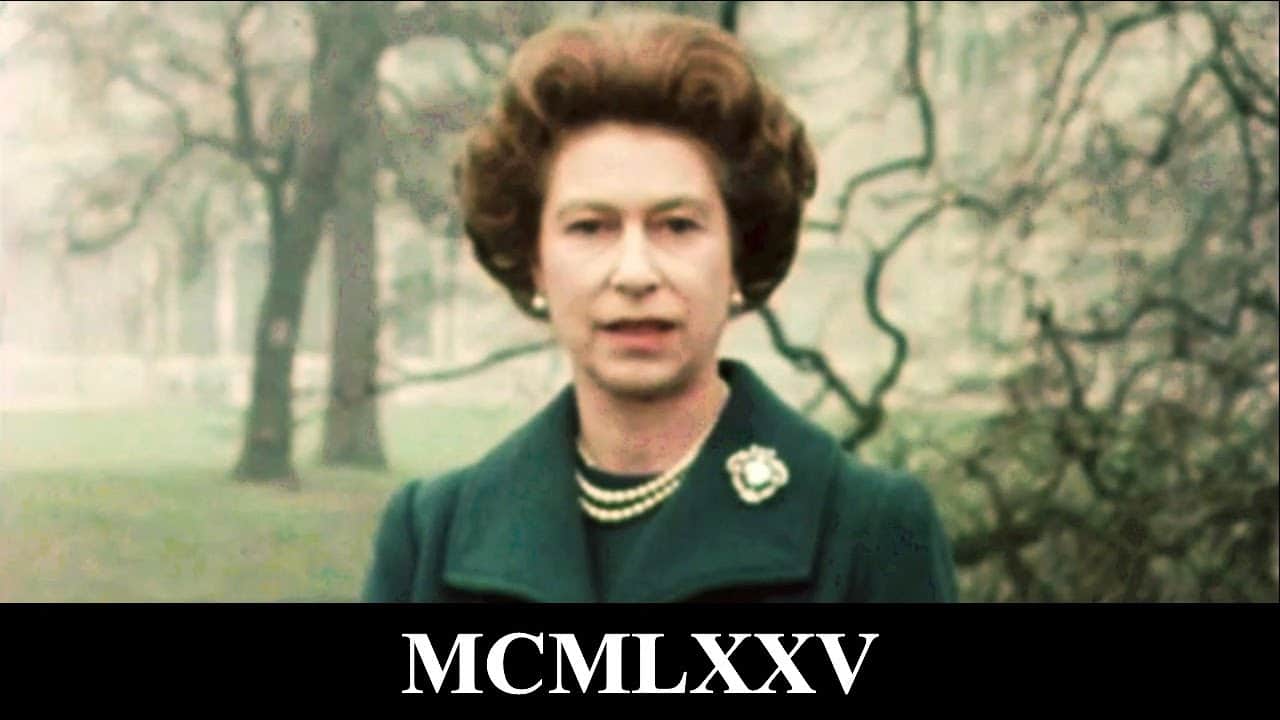 more spacious. My cousins had quietly slipped outside for a quick smoke which became a long ten-minute smoke, reappearing as the TV went to The Wizard of Oz, Christmas Bullseye or whatever Bond movie was that years offering. It was subtle but it was real. Everybody knew what was happening and nobody acknowledged it in anyway bar one year when my Da whispered to me “elephant in the room time…”

I also remember being in my Da’s dilapidated Vauxhall Viva driving along Cliftonpark Avenue sometime in the 70s. Side entrance gates opened up from Girdwood army barracks and several armoured vehicles emerged, the mid vehicle was a soft top with Santa waving from the middle of a group of armed soldiers. Even as a kid I remember the sense I had that this was very odd. This was probably sometime before or including 1975 when Republicans traditionally held a three-day ceasefire. From 1976 to 1989 this was not the case, but the practice was reinstated in 1990. 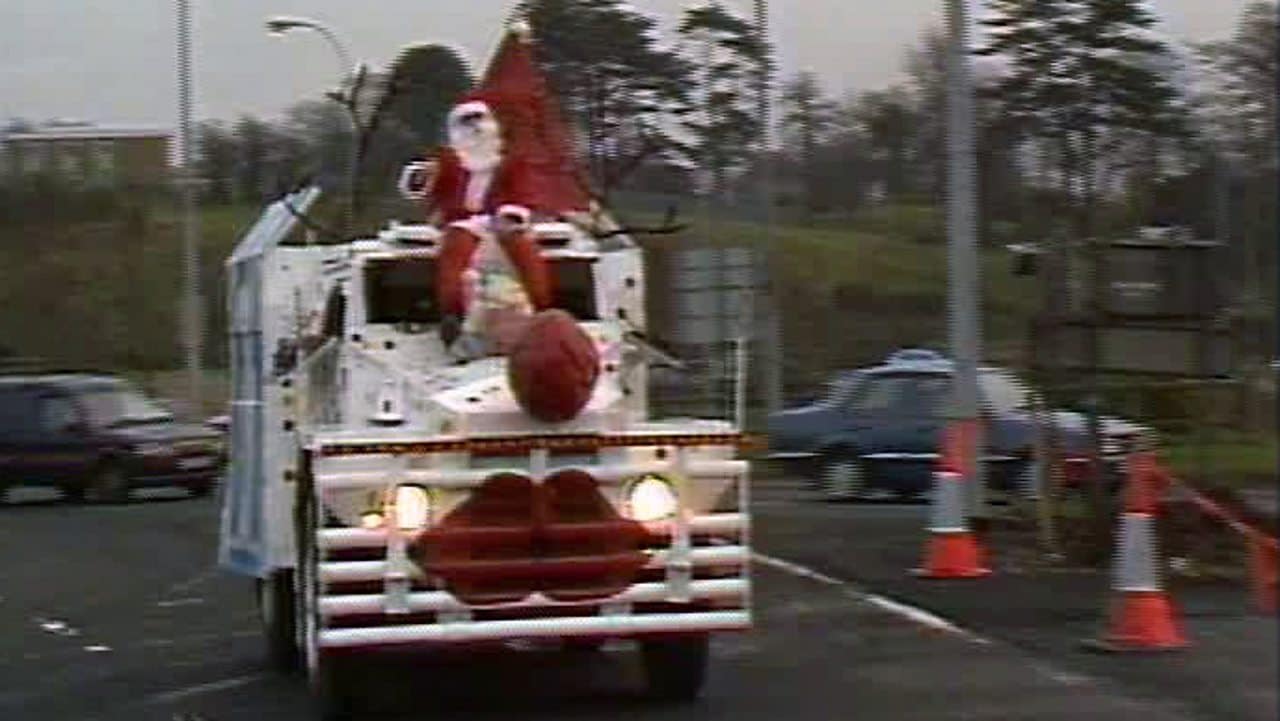 By 1995 we were in the ceasefires zone. To bolster the process and instil optimism as cynicism quickly crept in, President Bill Clinton accompanied by future State Secretary Hillary came to Belfast. The pinnacle of their itinerary was switching on the Christmas tree lights at Belfast City Hall. Tens of thousands lined the streets. The world watched Belfast. We behaved ourselves impeccably and cheered, waved and sang. It was certainly different to the Christmas of the previous years and decades. That said hundreds of primary school kids were bitterly disappointed by The Clintons, having traipsed down to City Hall believing the Mighty Morphin’ Power Rangers were to be the star guests.

However spare a thought for the soldiers here in 1974 who were subjected to meeting Conservative Party and Opposition leader Ted Heath as he visited army bases to raise morale at Christmas. That could have been more than disappointing. Or think of the thousands who took part in an illegal march along a section of the M1 motorway on Christmas Day 1971 in protest against Internment without trial introduced in August that year.

I’m not really sure where I’m going with all this other than to suggest Christmas is probably better now, I’m definitely glad I’m still here to see it. So there you go.

From all at DC Tours we hope you are enjoying the season. Happy New Year and we hope we see you soon!