The spectre of assassination was probably not envisaged as being in the form of a mentally ill, 50-year-old Dublin woman clothed in a black shawl and armed with a rock and a revolver. This however was how Violet Gibson appeared as she shot and wounded Italian fascist dictator Benito Mussolini as he walked through admiring crowds on the Piazza Del Campidoglio in Rome on the 7th of April 1926. 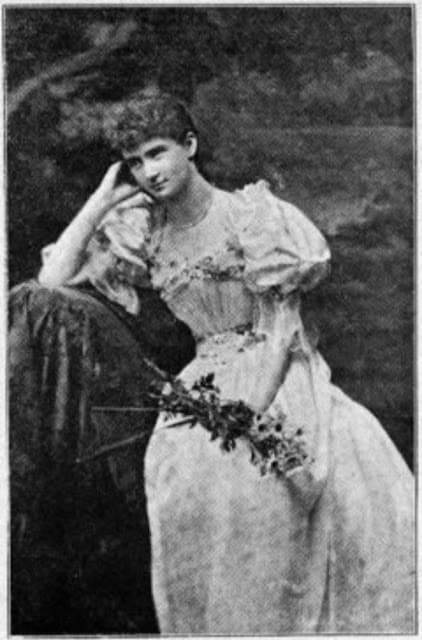 to become Lord Ashbourne, Lord Chancellor of Ireland. Her mother was Frances Maria Adelaide Colles, a religious woman who was a Christian Scientist, the family lived in Dublin’s affluent Merrion Square.

Exploration of different religions was to be a feature of Violet’s life. The search for the meaning of life intertwined with mental health problems took her into the theological realm of theosophy in her twenties. Theosophy was the creation of Helena Blavatsky, a Russian émigré in New York in 1875. Combining aspects of older European faiths with traits of Buddhism and Hinduism, Theosophy included a belief that secretive Tibetans, ‘The Masters’ controlled aspects of the world. You can see how this would naturally conclude in a lone assassination attempt against an emerging dictator, or maybe not… Eventually Violet settled on a more conventional church, converting to Roman Catholicism in 1902.

In 1922 she suffered a nervous breakdown and spent two years in a psychiatric institution. Somehow by 1925 she has made her way to Rome where her life trajectory takes on an interesting energy. Having survived a suicide attempt she undertakes to kill Mussolini in 1926.

Having taken power after his March on Rome in October 1922 Mussolini is now minding his own, and everybody else’s business by building a one-party corporate state with a punctual and efficient public train system. At this point in time, a young Hitler is conspiring and organising to create an even nastier entity in Germany. Mussolini is the big cheese in far-right European politics.

On April 7th, 1926, Mussolini had addressed the International Congress of Surgeons on the miracles of modern medicine (I wonder did he mention vaccines?) Walking through the crowds to his vehicle he received a graze to his nostrils from a single bullet discharged from Gibson’s Modele 1892 revolver. A second shot missed entirely. She also carried a rock with her, anticipating that should he have been in his official vehicle she would need to smash the car window before firing. It certainly was not the best strategic operation but given that she was deemed quite insane at the time it was incredibly close to a success. 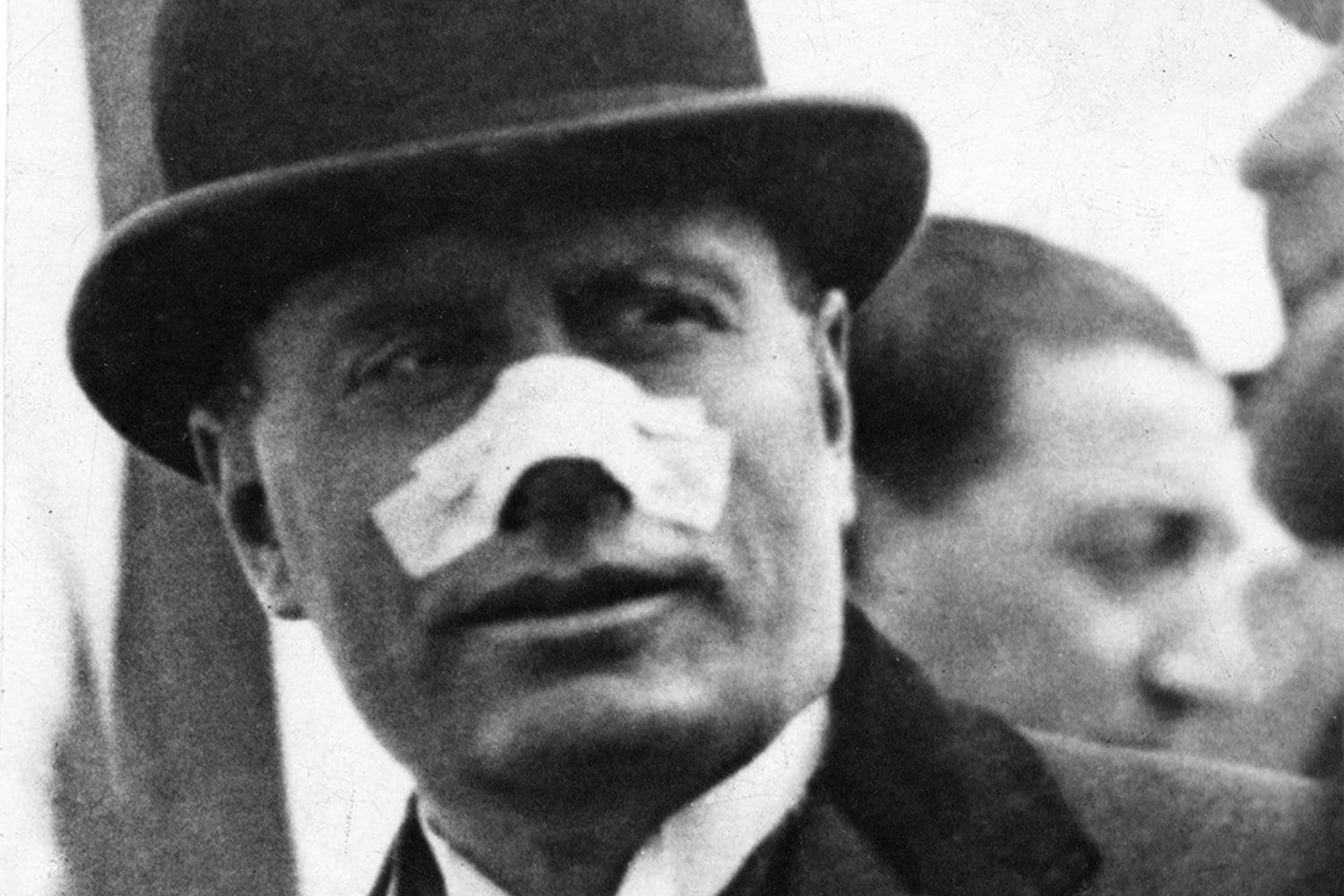 Violet was nearly lynched by an angry crowd following her attack, but the police quickly intervened, arresting her and saving her life. Under interrogation she said the attempted assassination was undertaken “to glorify God”. Indeed, she claimed God had sent an angel to help steady her arm. Arguably God had also sent an angel to slightly nudge Mussolini who was said to have just moved his head slightly at the crucial moment and averting his death.

Mussolini described his wound, (he had a lightly bandaged nose), as “a mere trifle” and magnanimous as ever, he allowed Gibson to be deported uncharged to the United Kingdom. His Majesty’s Government expressed their gratitude to the benevolent dictator. However, the subsequent period saw Mussolini tighten his despotic grip on Italian life with the passing of greater coercive legislation. Commentators argued that his survival had increased his popularity and enhanced his strong man status.

Violet Gibson returned to a life of ill health and incapacitation. Sadly she died in May 1956 as a resident patient in Saint Andrews psychiatric hospital in Northampton. Mussolini was to depart unpleasantly when apprehended by left wing Italian partisans in April 1945. Along with his mistress Claretta Petacci, he was killed by firing squad with no mere nostril grazes. Their bodies were then hung outside a service station in Milan to confirm his demise.

Thankfully Violet has not been forgotten. Recent years have seen an acknowledgement of her life and the Mussolini event. TG4 produced

In March 2021 Dublin City Council approved a commemorative plaque be erected at her old family home in Merrion Square, a plaque describing her very interestingly, as “a committed anti-fascist.” Perhaps this is a sanitised analysis or is more accurate than dismissive claims of a very mentally ill woman but it certainly highlights with the literary and musical pieces above, an incredible story. Had Mussolini died in 1926 what would have been the path of European politics?  Most definitely another (Anglo) Irish figure, Spike Milligan, would not have written his classic war memoirs diary “Mussolini- His Part In My Downfall” and the world would have been a much poorer place for that. 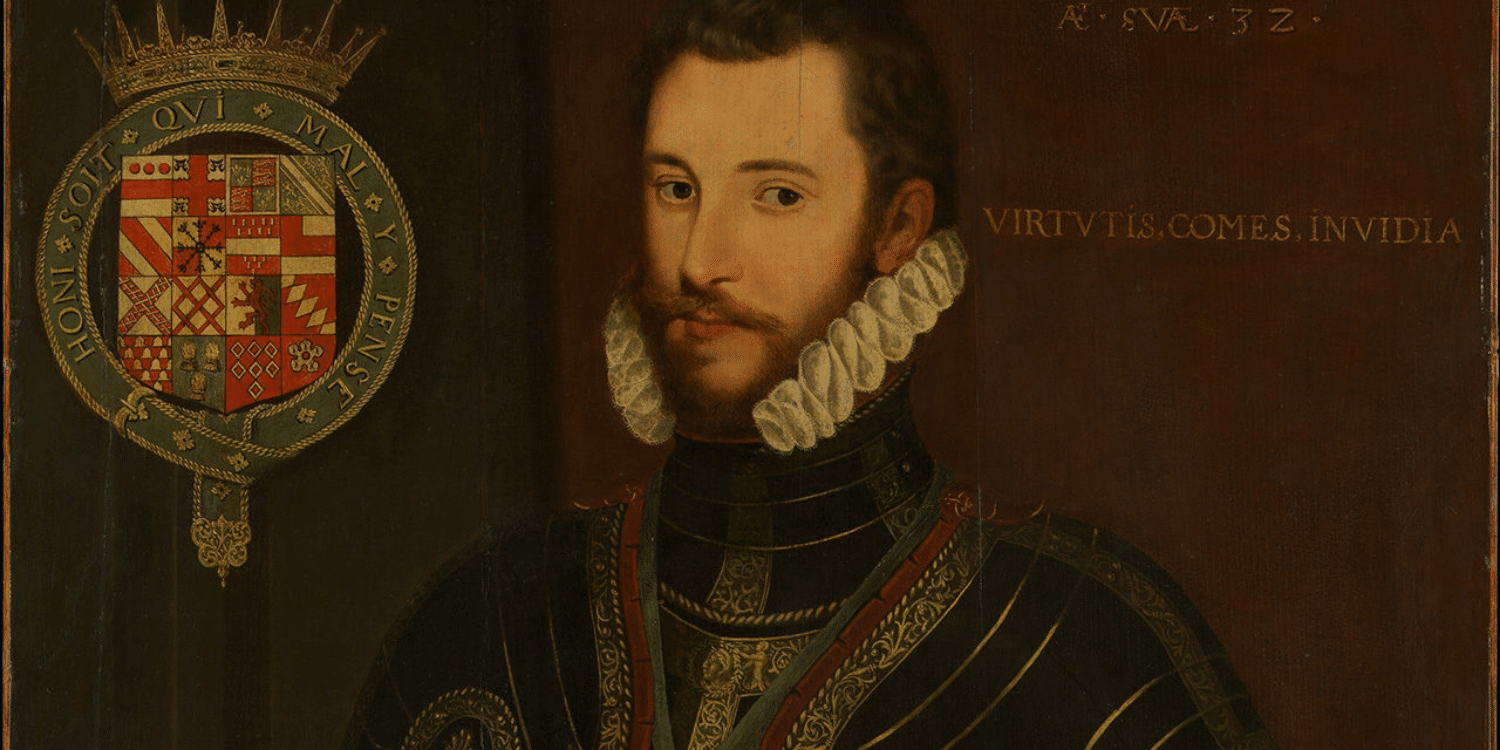 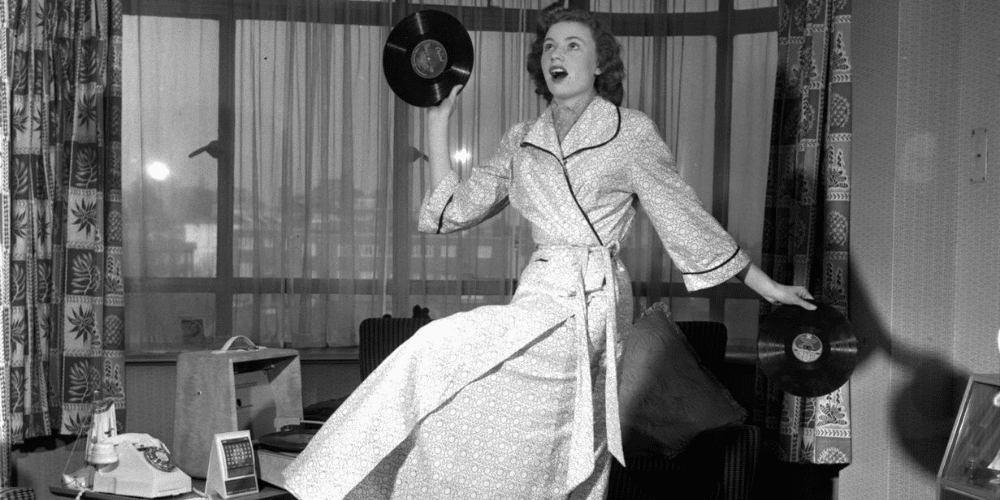